David Adeleke was born in Atlanta Georgia, US, on Nov. 21, 1992 to Adedeji Adeleke and Vero Adeleke as the last child of five. His father, Adedeji Adeleke is a Nigerian Business mogul and his mother Vero, a University Lecturer.

The music producer and songwriter is popularly referred to as Davido, Baddest, and ‘Omo Baba Olowo’ (OBO) after his debut studio album.

Davido began his music career at the Oakwood University, and thereafter rose to stardom after releasing his second single ‘Dami duro’. In 2017,  in the same year,  Davido received the MOBO Awards as the Best African Acts and he became the first African artist to perform live at the awards.

The following year, Davido became the first African-based artist to receive the BET Awards on its main stage.

While he was at Oakwood University, due to his musical interest, he got some musical equipment so he could produce beats and record his own songs. At some point, he dropped out of school because his grades were badly affected and he thereafter relocated to Nigeria.

In 2011, Davido relocated to promote his career in music but encountered challenges convincing his dad.

In his family, the children are expected to join the family business after school, but Davido chose a different career path entirely.

After mutual agreement with his father, he enrolled in Babcock University, Ogun state, and finally graduated in 2015.

Before the release of ‘Dami duro’, Davido released his first single ‘Back When’ featuring Naeto C.  The song was an instant hit. The video was shot by Clarence Peters in London, and on Oct.30, 2011, he released  ‘Dami Duro’.

The single was co-produced with Shizzi which was shot by Clarence, but this time, in Lagos.

Dami Duro’s video was released Jan. 2012, and it became the talk of the town and gained massive media airplay

READ ALSO: Olamide’s Biography, Net worth, And All You Need To Know About The Rapper

Davido, as the executive producer of OBO, worked with other producers like Jay Sleek, Spellz, Maleek Berry, and others. The album featured popular artists like Sina Rambo, Ice Prince, Kay Switch, B-Red, 2 Face and Naeto C.

The first four singles were released prior to the release of the album.

The album won the Best R&B/Pop Album at the Headies 2013.

Davido Other Songs and Year Released

READ ALSO: 10 Popular Lies We Believed As Kids In Nigeria

Apart from being born into a wealthy, Davido also has some houses in Nigeria and US.

Davido has sealed robust endorsement deals, and he is a brand ambassador to AXE, Travelbeta, and some huge brands like Pepsi, MTN, etc.

On April 6, 2012, it was reported that Davido signed an endorsement deal of N30 million with MTN, the largest mobile network in Africa. Davido was also unveiled as the face of MTN Pulse, a marketing campaign that is targetted at youths in Nigeria.

On Oct. 24, 2013, he was also endorsed by Guinness Nigeria where he performed in the company’s ‘World of More Concert’, alongside other top Nigerian Music Artiste like Olamide, Wizkid, Tiwa Savage, D’banj and many more.

On May 9, 2018, he was reported to have signed an endorsement deal with Infinix mobile, a Hong-Kong based smartphone manufacturer.

Davido and his elder brother Adewale Adeleke, both founded HKN. Today, the record label has signed many artistes.

Davido has also produced for numerous artists like Skales, Tiwa Savage, Naeto C, and many more.

READ ALSO: 12 Struggles Of Being The Firstborn In A Nigerian Home

Davido founded his own record label, DMW, in 2016. The label was founded shortly after he was signed unto Sony Music.

Davido is regarded as one of the charitable celebrities out of  Nigeria. He is known for giving out cash prizes as giveaways on social media. Davido also supports people in need of financial assistance. 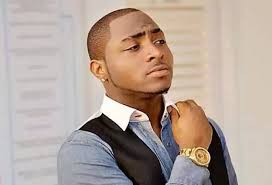 Although there’s no report of Davido’s Net worth on Forbes, but other media platforms estimate Davido’s Networth to be $25 million.

Currently, Davido is engaged to Chioma Avril Rowland and they have a son, David Adeleke, J,  He is also the father of two daughters – Aurora Imade Adeleke and Hailey Veronica Adeleke

Davido purchased a house in May 2020. The beautiful mansion is situated in Banana Island. According to youtuber Tayo Aina, Davido’s new Mansion is worth 1.5 Million dollars

Davido is known for displaying his wealth on social media. He often shares images of him flying in a private jet. The private jet was offered to him by his father.

Davido has several exotic cars. He has a Porsche, Rolls Royce, and other exotic cars

READ ALSO: 11 Weird Stuff We All Do Secretly

Awards And Recognitions For His Songs

HEY! CHECK THIS OUT

Taaooma Biography, Net worth And 6 Fun Facts About Her

abaidaboss6 months agoAugust 12, 2020
The Nigerian entertainment industry is loaded with a lot of talented people. From acting to music to comedy to dance....

Timini Egbuson’s Biography And All You Need To Know 2020

fure6 months agoJuly 24, 2020
Timini Egbuson's Biography And All You Need To Know Timini Egbuson is a Nigerian on-screen character, model, and presenter. He...

abaidaboss7 months agoJuly 11, 2020
Before we jump into his background, let's look at 10 fun facts about Naira Marley 10 facts you should know...

fure7 months agoJuly 11, 2020
Regina Daniels Biography. Raised by a mother who is grounded in acting, it only took Regina Daniels a couple of...

fure1 year agoMay 30, 2020
Tacha's biography and Fun facts capture all you need to know about 'The Titan' herself Tacha, who is also referred...

Recommended For Your Pleasure

6 Reasons Why You Should Anticipate Sinus Rhythm By Kollydee

Which Nigerian Swallow Describes Your Personality?

Are You A Nigerian? How Patriotic Are You?

18 People Whose Deaths Were Caused By Police Irresponsibility

#SarsMustGoNow; This is the truth about the Nigeria police

10 Things You Can Do While Waiting In A Banking Hall

Can You Answer These 10 Million Naira Questions?

Can You Answer These 10 Million Naira Questions?

Are You A Nigerian? How Patriotic Are You?

How Stingy Are You? Are You Generous Or You Are Aka Gum?

Quiz: Which Nollywood Celebrity Should Be Your Sugar Mummy?

8 months agoMay 27, 2020
We use cookies to ensure that we give you the best experience on our website. If you continue to use this site we will assume that you are happy with it.Ok